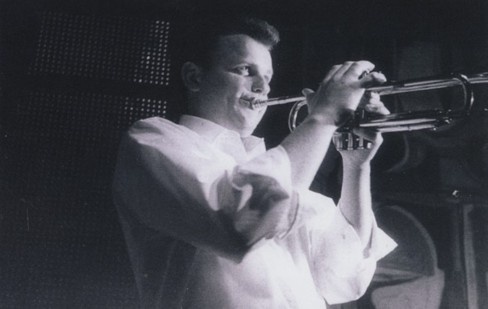 Arnie Chycoski was 16 in 1953 when the police dropped him off at Fred Turner’s house in New Westminster and said,

“Here you make something out of him before he gets into more trouble.” The rest is wonderful Canadian musical history! Fred was the director of the New Westminster Boys and Girls Band. Arnie was a natural on the trumpet. Whether he already played when he arrived on Fred’s door or learned how to play in his band I do not know.

Two years later in 1955, Arthur Delamont was looking for some strong trumpet players to play lead on his summer tour of Europe. Howard Denike had one in Victoria but he needed one more. He called Fred and Fred gave him Arnie’s number. Arnie was down at a military band rehearsal a few nights later and was talking to an older trumpeter Cy Battistoni whom he knew had been in the Kits band. He told him Delamont had called but he had heard he was really tough and he wasn’t sure if he should go on the trip or not. Cy said to him,

“Go, you will never regret it. You will play and learn more on one of his trips than you will in three months playing professionally around town with anyone else.” Arnie went down to General Gordon School in Kitsilano the next Monday and sat at the end of the trumpets in the third section third row. When Delamont saw him he said,

“What are you doing down there? I want you up here with the firsts.” The only thing Arnie remembered about the rehearsals before they left for Europe was that Delamont got so mad one night that he threw his gold watch against a cement wall and broke it. Cy ran into Arthur one day after he returned from Europe that summer and ask him how that young kid Arnie had made out. Delamont said, “He is the only kid I have ever had in my band that I couldn’t tire out.”

Money was never a problem. Arnie got hired by Dave Robbins who ran the house band at the Cave Supper Club, where he played for the next few years. He was making more money than his brother in the furniture business. In 1960 Arnie left for Los Angeles where he landed a gig playing in Si Zentnor’s big band and later with the Johnny Mann Singers. In L.A.,he did a lot of studio work and then went to Las Vegas where he married a Vancouver girl in The Little Chapel of Flowers on the strip. In Vegas he played in Louis Bellson’s big band. He told me Louis was a nice guy. He was married to Pearl Bailey at the time. Arnie was starting to get a name for himself in musical circles. He played with Les Brown and met Clifford Brown and Dizzie Gillespie, who he said he really admired. He played in the house band at the Flamingo Hotel in Vegas which was run by the mob.

“You never insult anyone down there,” he said. On a trip back to Vancouver he made the mistake of giving up his green card so they went on to Europe.

In Europe they had two kids but he couldn’t find a lot of work so they eventually returned to Toronto. In Toronto the work was ridiculous. He went for an audition for a Jewish orchestra and the leaders wife kept saying in a drawn out accent,

“Benny, ask him to play Stardust.” In Toronto he did a lot of freelancing and CBC work. Musicians started coming up from LA because there was so much work. The movie industry was just starting up. An average day for Arnie would be, “8 a.m. jingle rehearsal for an hour and then again at 10 a.m. He lived in Oakville with two kids in school and another one at home by then. After lunch he would be back for a two pm call. Then he would play the Royal York Hotel in the evenings. That was when they were bringing in the likes of Tony Bennett and Ella Fitzgerald.

A bunch of the guys got together and formed a pop band to play commercials. Rob McConnell their director said,

“Let’s start playing other kinds of music.” So they did. He was an arranger and they had guys like Rick Wilkins doing jazz arrangements. They became known as Rob McConnell and the Boss Brass. It wasn’t long before they took off. They were on everything: movies, jingles. They were an entity unto themselves. Arnie played lead trumpet for them for 35 years until 2006.

The Boss Brass did a lot of travelling up and down the Atlantic seaboard.

“Moe Koffman was a great guy!” Arnie said. “Rob should have been a school teacher. He always liked to tell everyone what to do. Guido Basso is a fantastic trumpet player. Moe made a lot of money off his recordings. He ended up a big contractor for all the shows coming into Toronto.” The Broadway shows were broken in in Toronto, before heading to New York.

Arnie played for another band in Toronto called the Spitfire Band. It was a recording band. It didn’t play concerts. As well, he was often called to Chicago or New York to fill in. He never played first. They put him in first but he always tried to move down. He didn’t want to offend anyone.

“That is a good lesson to learn for today’s youngsters,” he told me. “We used to pass the Glenn Miller Orchestra on the road. I also played sometimes in the horn section for Blood, Sweat and Tears and Lighthouse. Those gigs really wiped you out.”

Arnie retired to Vancouver Island and continued playing locally and teaching at Malaspina College. When I asked him if he had any fond memories of his 1955 trip to Europe with the Kits Band he said,

“I used to look after one of the younger boys in the band. We all did. It wasn’t until much later that someone pointed out to me a large building downtown and told me the young boy I had looked after on the trip had built it. I never knew he had become such a famous architect.” The young boy was Bing Thom. 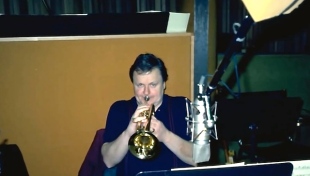 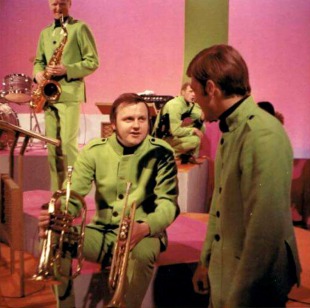 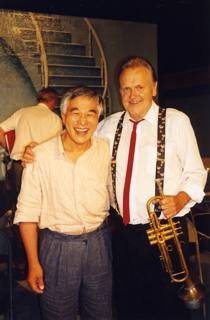 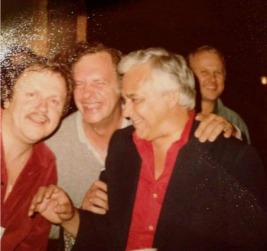 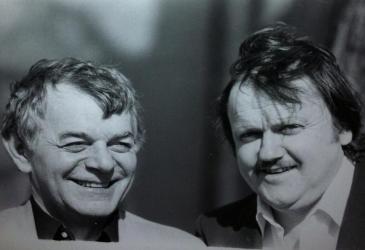 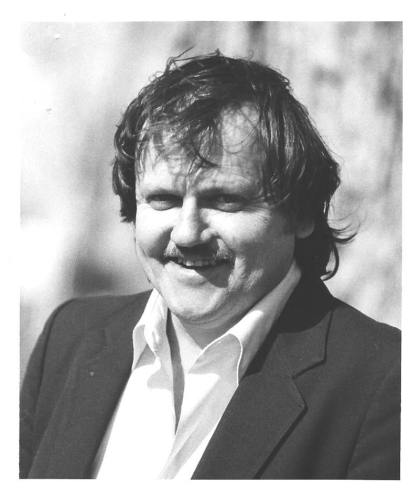 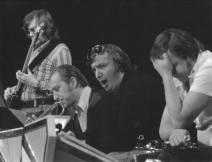 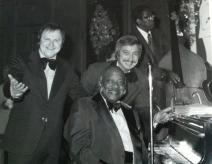 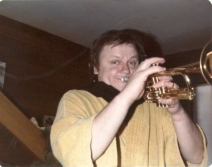 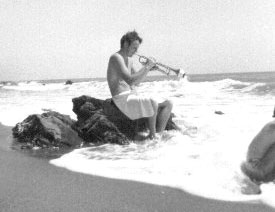 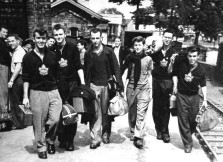